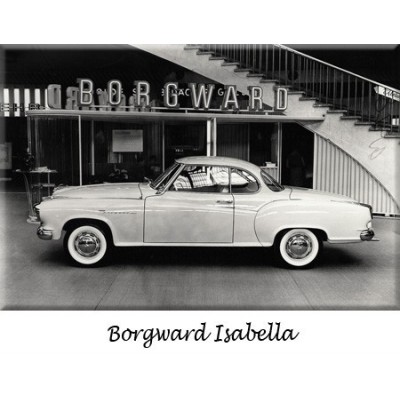 Borgward can be considered one of the first major German manufacturers to be involved in mass produced cars. Originally a manufacturer of radiators, Mr. Carl Borgward quickly got involved in the manufacture of cars. After acquiring the Hansa and Goliath brands at the dawn of the 1930s, serious things really take of after the end of the second world war. Obviously during the war the production of cars ceases and the company collaborates in the manufacture of German submarines. It is in 1949 that a new model is born and presented to punlic, the Hansa 1500, innovative in its design, it is one of the first "pontoon" car bodys proposed in Europe. Other models follow, implementing direct injection (by Bosch) and automatic gearchange. In 1954 is presented the Isabella. It’s a 2 door sedan, a concept already used by Volvo and inspiring BMW, quickly followed by a break version and more noticeby a very elegant convertible. Everyone agrees on the superb line of the latter, alas the cost of transformation and rigidification of the chassis will soon close down this adventure, however, the convertible will give birth in 1957 to a surprisingly elegant coupe, with fluid lines, aerodynamic and sensual. Apart from the front a little heavy it shows of timeless elegance. Quite properly motorized and very reliable the Isabella will be produced in more than 200,000 units. Alas Borgward is not alone in the world and the other German car manufacturers, well supported financially, would like to see this irritating fly disappear. The development of the P100, 6 cylinder car is underfinanced as there is no money left in the drawers. The Isabella, of the blow will see no development, sales go down, the company is close to bankrupcy and creditors are pushing hard and not playing the game. In 1962 Carl Borgward puts the key under the door, the Borgward adventure is finished. Carl Borgward very disapointed will die shortly after…. 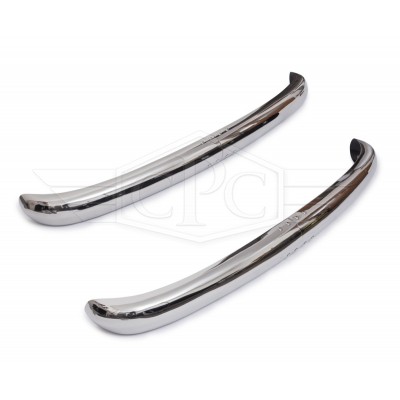