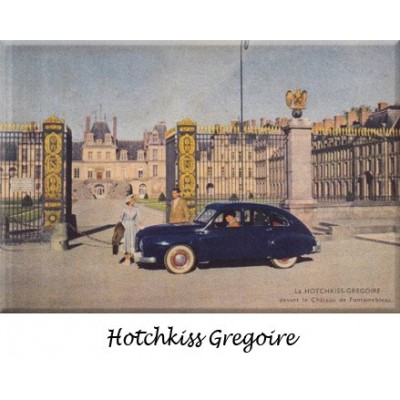 Founded in 1867 and named after its owner, the Hotchkiss factory produces arms and ammunition during the second half of the 19th century. With many patents exploited, and a great success of some of their creations, the business is prosperous.
At the beginning of the 20th century, the firm starts to manufacture components for cars. Of course the idea of manufacturing a model bearing the name Hotchkiss became quickly obvious. Buisiness starts with producing a few racing cars, followed by well-designed and sturdy chassis for coachbuilders.
With the launch of the AM 12HP Hotchkiss occupies the ground. Now directed by H.M. Ainsworth, the brand is successful along a bourgeois and discreet clientele, looking for comfort and prestations. The famous slogan “Hotchkiss, le juste milieu” is so well known in France that there is not a Frenchman who does not know it. The brand new 4 and 6 cylinder engines of modern design with overhead valves, introduced in 1925, would remain on the program until 1954, when final curtain falls on the manufacturing of passenger cars. But before all that Hotchkiss follows fashion and modernizes its bodywork constantly, which will give birth to some very fine and beautiful cars during the 1930s.
The experimental car for the  people, named Amilcar Compound launched at the end of the 30ties, with Alpax subframe, unfortunately comes to an quick end. Imagined by Jean Albert Gregoire, the Compound designed with French Aluminum Industries turns out to be too expensive to produce and cannot find its market, the competition being unfortunately much cheaper (but also much less innovative). After the war Hotchkiss struggles to survive, and proposes the 866, the new line of Artois, Anjou, Antheor.
Then in 1951, the Hotchkiss Grégoire was introduced, the swan song of the brand before being absorbed by Delahaye. But a resolutely modern car featuring technical solutions adopted only 15 years later by other brands. Unfortunately the Gregoire does not manage to straighten the finances of Hotchkiss in agony. Too expensive to produce, and probably too modern, it will only be produced in 247 copies.

For another 20 years, however, we will see utility cars wearing the famous coat of arms with the crossed cannons on many firefighter trucks and other hard-wearing utilities as well as on the Hotchkiss Jeeps, the last of which were reformed only in 2000 ! 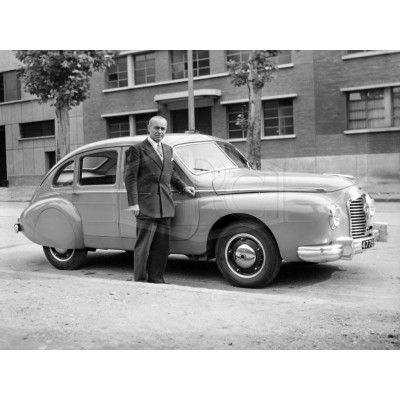 Price €0.00
Hotchkiss Grégoire saloon (1950-1954). The re-manufacturing of the bumpers for the Hotchkiss Gregoire saloon has just been initiated. The first... 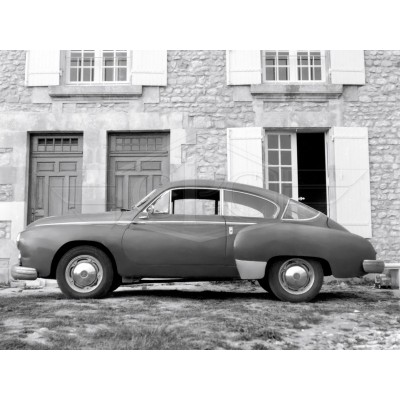 Price €0.00
Hotchkiss Grégoire coupé (1950-1954). The re-manufacturing of the bumpers for the Hotchkiss Gregoire coach, also called coupé has just been...
